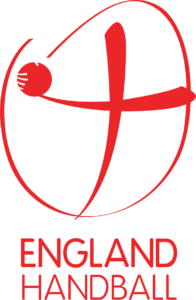 With over 20 years’ experience and over 130 sports floors installed each year, DYNAMIK are a leading provider of indoor sports flooring solutions.

We provide the design, specification, supply and installation of premium sports floors, enabling us to offer systems that perfectly meet both the needs of a facility and its users.

As the ‘Official Sports Flooring Partner’ to Basketball England, DYNAMIK support the development of basketball at all ages and levels.

DYNAMIK are proud to be the ‘Official Indoor Sports Flooring Partners’ of England Netball and enjoy supporting the development of netball facilities at grass roots level right through to high performance international arenas.

As the ‘Official Sports Flooring Partner’ to Basketball Wales, DYNAMIK are proud to be supporting a sport that is gaining such popularity in Wales.

As the ‘Official Sports Flooring Partner’ to England Handball, DYNAMIK are thrilled to see the sport gaining in popularity year on year. This partnership will ensure a dedicated and tailored support network for the Handball community throughout the UK.